The winner’s projects of SozialMarie 2019 talk about the challenges they face and which role social innovation plays in a time of crisis. Guest reportage by Miriam Hübl, independent journalist.

While no life remains untouched by the Corona-pandemic, vulnerable groups in society are hit disproportionately. The winner’s projects of SozialMarie 2019 talk about the challenges they face and which role social innovation plays in a time of crisis.

Necessity is the mother of innovation according to a popular proverb. If that were true, we’d be in for a period of countless innovations, as the Corona-pandemic magnifies all existing inequalities, threatening the livelihoods of people around the globe. While it seems cynical to frame the crisis as an opportunity considering the urgency of the situation, there still might be lessons to learn from professionals working in the field of social innovation. How do they deal with the new challenges? And is there a difference between social innovation and quick-fixes borne out of bare necessity?

Within the past few months, the new Coronavirus turned the world upside down. At the point of writing, the global death toll had surpassed 120.000 people. Containment measures aimed at slowing the spread of Covid-19 also decelerated economic growth. With most retailers closed and production slowed down, unemployment numbers have skyrocketed, fueling fear of economic depression and the collapse of financial markets. “We are at war,” French President Emmanuel Macron said about the virus, turning to combat vocabulary like many politicians around the world have. And while semantics of war can trigger dangerous political responses, the comparison holds up in regards to the unequal distribution of the negative effects in both scenarios: Just like in war, the poorest and most vulnerable in any society are the ones hit the hardest by a worldwide pandemic. Now, the holes in social security safety nets that should have been plugged a long time ago are ripped wide open. Social and civic organizations are facing unseen challenges as, in many cases, the situation for their clients has gone from bad to worse. 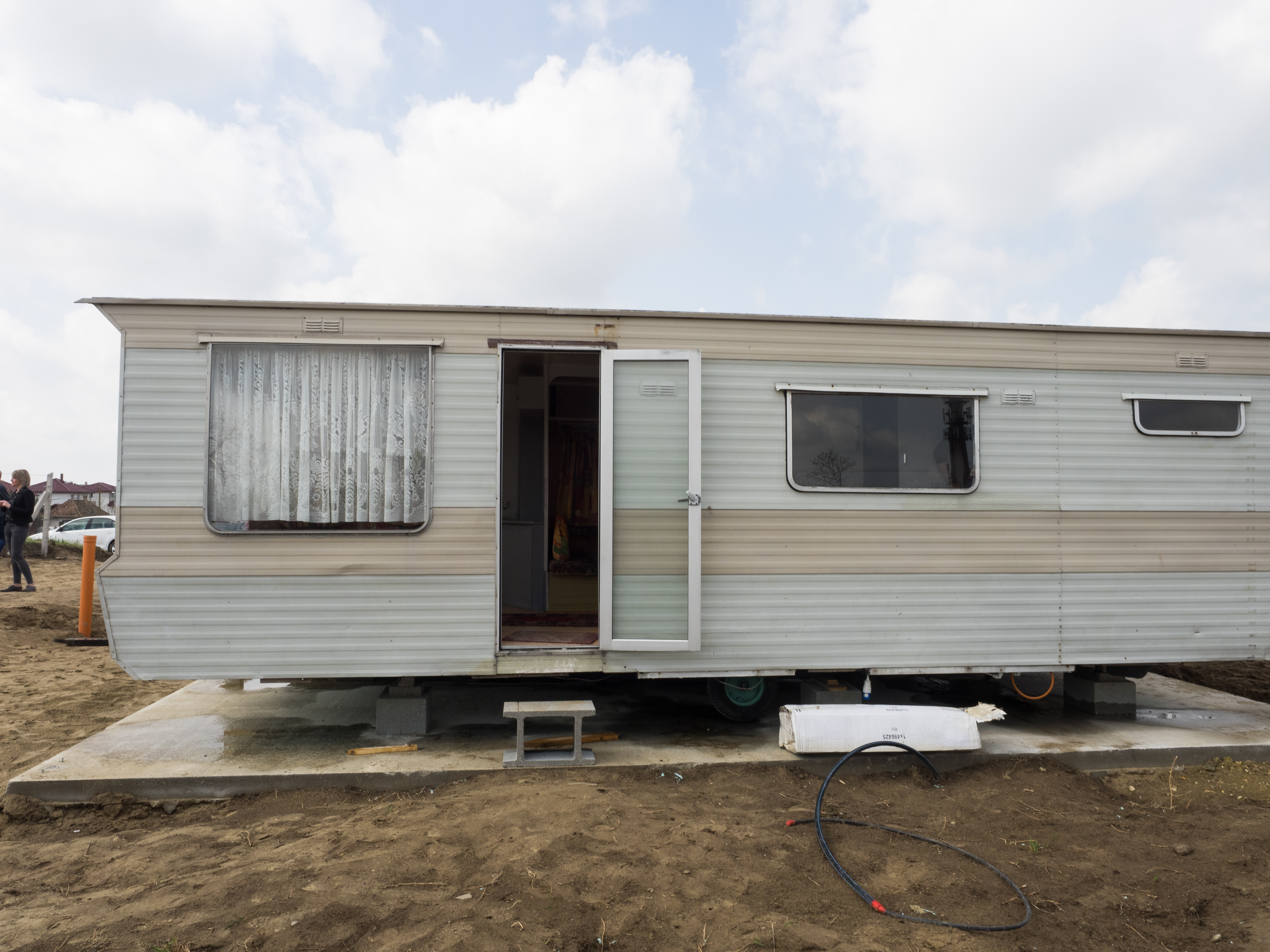 “We had to come up with new strategies, like the delivery of food donations for people in quarantine”, says Vera Kovács, Vice-President of the “Social Rental Agency”. The winner of SozialMarie 2019’s 3rd price facilitates affordable housing in Budapest by bearing the tenant’s risk of default for rent. “One third of our clients are retirees, two thirds are single mothers. Both of these groups are heavily threatened by the crisis - because of their health or because of the labor market situation”, explains Kovács. Those who don’t have housing at all, find themselves in a devastating dilemma. “Shelters for homeless people are usually crowded with 200-300 people. We are now in the situation of having to tell them to stay out in the streets, as it is the only place for them to be alone and avoid infections.” To make things worse, hostile acts towards homeless people are on the rise in Budapest, as their inability to follow the measures of social distancing and hygiene renders them potential spreaders of the virus. “It’s hard for me to see anything good coming from this crisis. It’s simply unfair”, says Vera Kovács, “After all, wasn’t it people jetting around the world that spread the disease? These people on the streets had no part in it. But, as always, the victims are blamed for the crisis.”

While globalization accelerated the spread of the virus to all corners of the world, the vulnerabilities of the global economic system itself seem to be exposed by the pandemic. “The crisis once again proves that the market is not regulating everything by itself”, says Christina Buzcko from the “Cooperative for the Common Good”. “Suddenly, even the most neoliberal actors are calling for state intervention.” The Cooperative, which received SozialMarie’s second price in 2019, calls for the democratization of the economic system, meaning it should prioritize the common good over profit maximization. This demand receives strong emphasis in the face of crashing public health sectors around Europe that have been tantalized by austerity measures for the past decades. According to Christina Buzcko, intervention will also be necessary to avoid spill-over effects from crashing stocks markets and the highly deregulated financial sector into the real economy, a development that is already threatening asset-backed pension schemes. “The fact that we live in a system that produces inequality becomes painfully clear to many people in the crisis. But we can learn from this. I see a window of opportunity to pose systemic questions about what kind of economy we want and how labor, income and wealth should be distributed in our societies.” 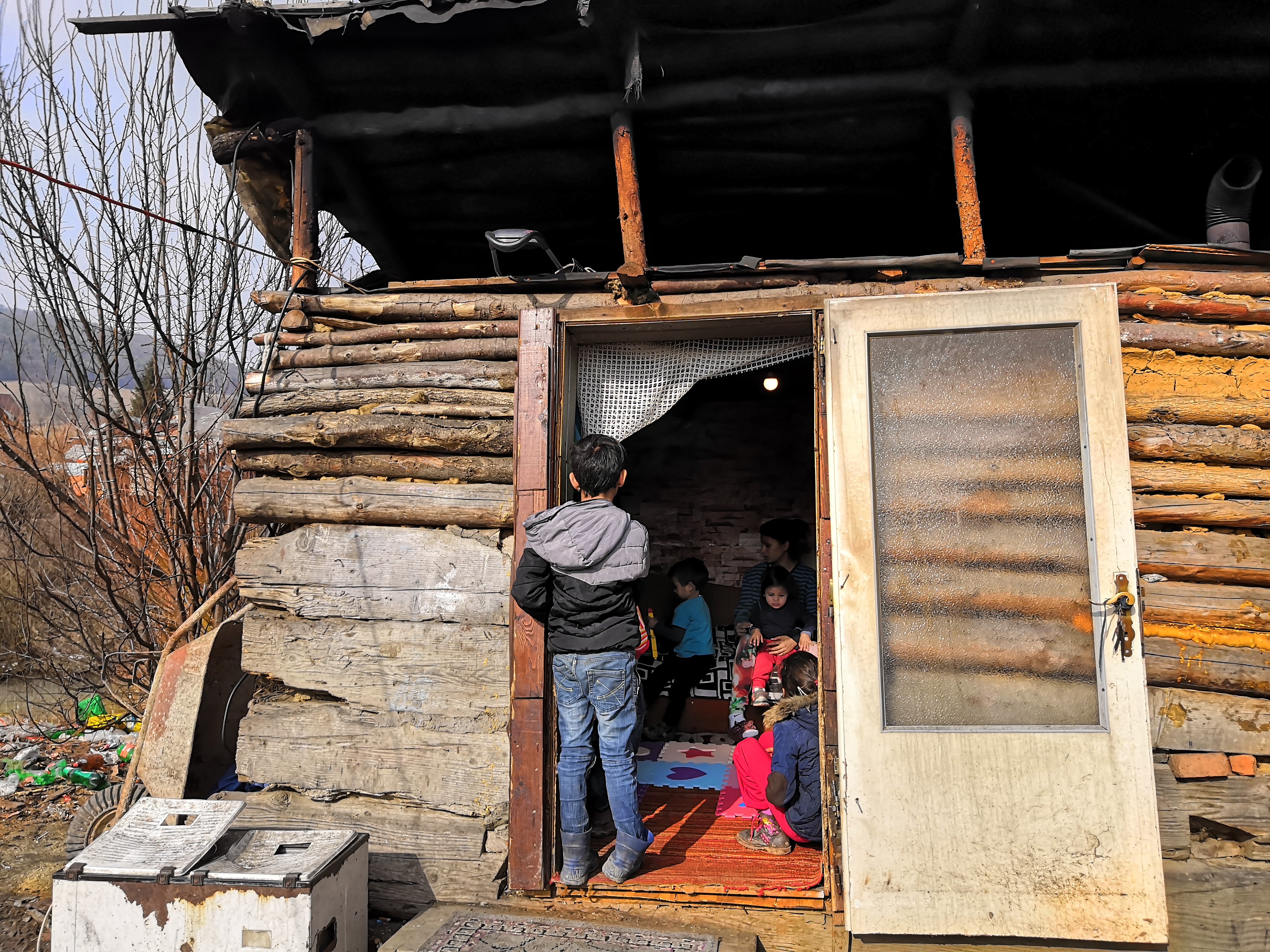 For the effects of the unequal distribution of wealth become most clear in poverty-stricken communities. Radka Babelova, program director at the SozialMarie 2019 winner “Omama Project” draws a drastic image of the Roma communities the organization works with in Slovakia: “In the settlements, ten to fifteen people might share one small house. Often there is no running water, the hygienic conditions are terrible. Not all houses are connected to the electricity grid. As you can imagine, social distancing measures are almost impossible to follow under these circumstances.” As most of the settlements are located in remote areas, access to medical assistance is limited as well. And as rising unemployment results in a loss of income, some families now even face hunger.

In normal times, the “Omama Project” is dedicated to breaking the vicious circle of generational poverty through early childhood development. Local women are trained in early childhood education and mentoring for mothers. In the crisis, the focus of their work has shifted. “At this point, we cannot enter the settlements anymore. So the “Omamas” have become essential access points to communicate with the villagers”, explains Pavel Hrica, the director of the project. The NGO set up social media groups with “Omamas” acting as administrators. They make sure that online content – for example information about the virus and health measures in Romani languages – reaches the communities. In reverse, the women transmit the community’s needs to the outside world, helping to coordinate support. As the “Omama project” wants to keep these new communication channels running beyond the crisis, can this be considered a micro-innovation triggered by necessity? “We just had to come up with ideas of how to keep up our work in the communities, even though we did not know if the women would manage to do it”, says Olga Shaw, the deputy director. Going digital was a big step for the “Omamas”, many of whom only finished elementary school. “But if there is something we can learn from this crisis, it is that we are more capable than we think we are!”