“How can I stay the same, how can I keep from changing? Only by changing” – sings a famous Yugoslav/Serbian rock band. Read the advice Jose Antonio Morales gives innovators on how to reinvent themselves through continuous change while staying true to their mission.

Surrounded by 53 boxes full of life stories told by members of Osijek minorities (and with many more empty boxes waiting for their storytellers), the organisation Fade In hosted a workshop led by Jose Antonio Morales, a SozialMarie patron in 2022 and founder of the Aurora Coworking Space located in Murska Sobota (Slovenia). The aim of the workshop was to discuss the further development of Fade In and in particular the project Museum of Personal Stories, which is now in its third year. Having established contacts and collaborations with a number of Croatian and international partners (organisations, schools, artists etc.), the project team wants to define its audiences more specifically and also use its potential of community building in the most productive way. For advice and exchange of experience, SozialMarie invited Bettina Pocsai and Norbert Horváth from the Hungarian organisation Uccu to share their success story, the Romani Walking Tours, with us. The meeting was SozialMarie transnationalism at its best: not only did the Slovenian patron choose a Croatian project, but the Croatian project found inspiration in a Hungarian organisation. Without SozialMarie, these cross-border transfers would require other, perhaps less likely and less feasible ways of mutual engagement.

The workshop was opened by Suzana Agotić (Fade In). Similar to the Uccu’s project Romani Walking Tours, the Museum of Personal Stories fills the gaps in compulsory education by covering a range of civic education topics that are still waiting to be included in the school curricula. The workshop focused on the need for the Museum to evolve, redefine its missions, reach out to new audiences and, above all, revive the spirit that once animated its creation. Similar to individuals, projects and whole organisations need to be able to breathe and find new space for growth and change. “Kako da ostanem isti, kako da sačuvam sebe od promjene – samo putem promjene.” (How can I stay the same, how can I keep from changing? Only by changing.) So sang a famous Yugoslav/Serbian rock band, and at this workshop Jose gave us tips & tricks on how to maintain this mission of staying the same through change.

It’s time to reinvent yourself!

It is not about change, but about the means by which we change – thus reads one of Jose’s messages. Absorbed in our daily activities and plagued by numerous to dos and deadlines, we forget that despite the abundance of tasks we manage, we are in fact applying the same knowledge and techniques over and over again. At the same time, both individuals and organisations expect innovation to bring many progressive changes to their societies. “We are constantly trying to innovate”, Jose says, much in line with one of the main tenets of today’s society: “Reinvent yourself!” However, Jose warns, “If you try to reinvent yourself by always using the same knowledge you already have, how are you going to break out of the same cycle?”

To illustrate this impasse that we all sometimes reach, Jose tells a story about an illiterate woman he once met in the Andes. Backpacking through the desolate, uninhabited mountains, Jose and his friend found her knitting in the middle of nowhere. She told them about her children living in the urban areas of Peru. To one of her comments, Jose responded with a simple “I know,” which she countered with the question, “How do you know?” Jose said that he had knowledge, but what she was saying was that he was in fact ignorant – despite the knowledge he had. And as for herself, she did not need to have knowledge because she knew how to live. He asked her what she called this predicament between knowledge and life, and the answer was, “I do not need knowledge, I have wisdom.”

Ignorance begins when you think you know: when you think you know what your organisation is and how it solves problems. Ignorance begins when your organisation has gained so much experience that you consider your team experts. Our society and the organisations we build “compete with each other to see who is the most ignorant – and the funny thing is, we are not even aware of this.” How can we correct this state of mind, how can this cycle be broken? Jose invites us to develop new forms of knowledge sharing that can generate empathy in society. Here, Bettina and Norbert share their experiences working with different groups of people in Hungary – Romani and non-Romani, young and old, cautious and shy as well as open-minded and sociable – and there is one form of coworking that is always generative: sharing emotions. Bettina says, “Emotions are fine. You can argue about thoughts and attitudes, but not about feelings.” When you show yourself to someone, when you tell your story, you help create empathy in this society.

Social Innovation in Times of Crisis

Social innovators have always been the “early adopters” of new situations and creators of new societies. This is an enormous responsibility, but also a burden. It is closely related to material circumstances (financial and occupational precarity and the poor work-life balance that comes with it) and, in recent history, to political developments related to the Covid-19 pandemic and ongoing wars, of which Russian aggression against Ukraine is only the most recent example. However, the burden we carry also has something to do with the way we perceive our role and responsibilities in relation to society. “Undoubtedly,” says SozialMarie patron, Jose: “we are the symptom of change.” Nevertheless, “we are not really the change.” What we need to do is to “surf the change, but at the same time be aware that we can never achieve it completely – not for everyone and never globally. Changing the world is never the job of one person or one organisation. What matters is that you manage to change someone’s life, even if it’s just one person. And let yourself be changed by it.” This may seem a disappointing conclusion for those of us who want to instantaneously create a social environment based on ethics, nourished by reciprocal economic relationships based not on an “imperial lifestyle” (Ulrich Brand) but on social solidarity (solidarity between humans) and ecological solidarity (between humans and non-humans). At the same time, and especially in the present circumstances, what can change the world for the better more than trying to beautify the grey outlook of those around us, and receiving that beautification in return? This is the change we were aiming for in Osijek – thanks to everyone for sharing themselves with others! 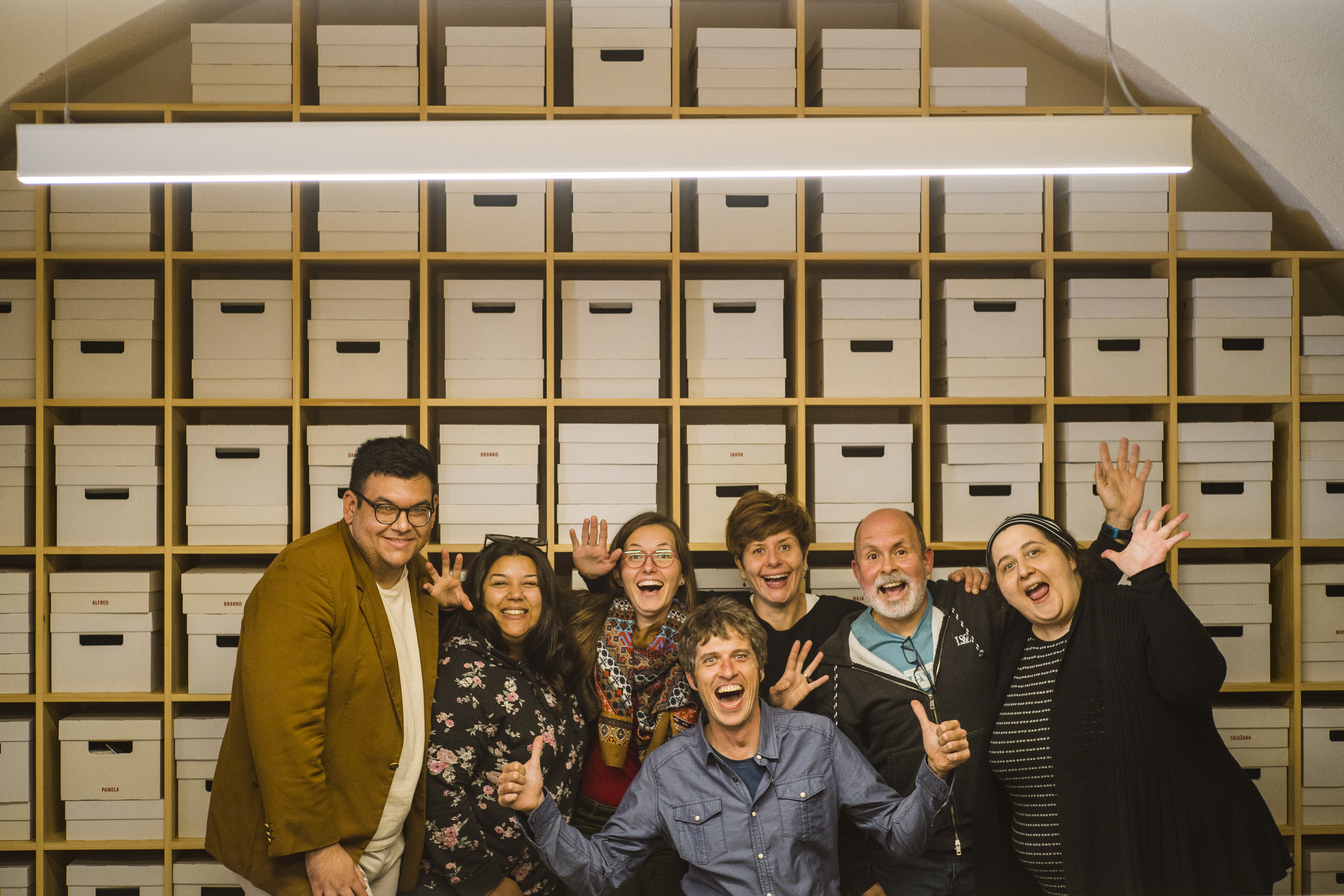