For months, Free Radio Innsbruck has been reporting on the external borders of the European Union and in particular on the many who die seeking  to cross these borders.Where available, each day the names and origins are announced of those who have lost their lives because they attempted to enter the EU or were deported from it. A series of 57 posters shows death notices in 100 different locations in Tyrol in the form of missing persons lists from the two world wars. ‘FRONTEX-WATCH’ aims to stimulate discussion and action on the many deaths on the borders of the European Union. 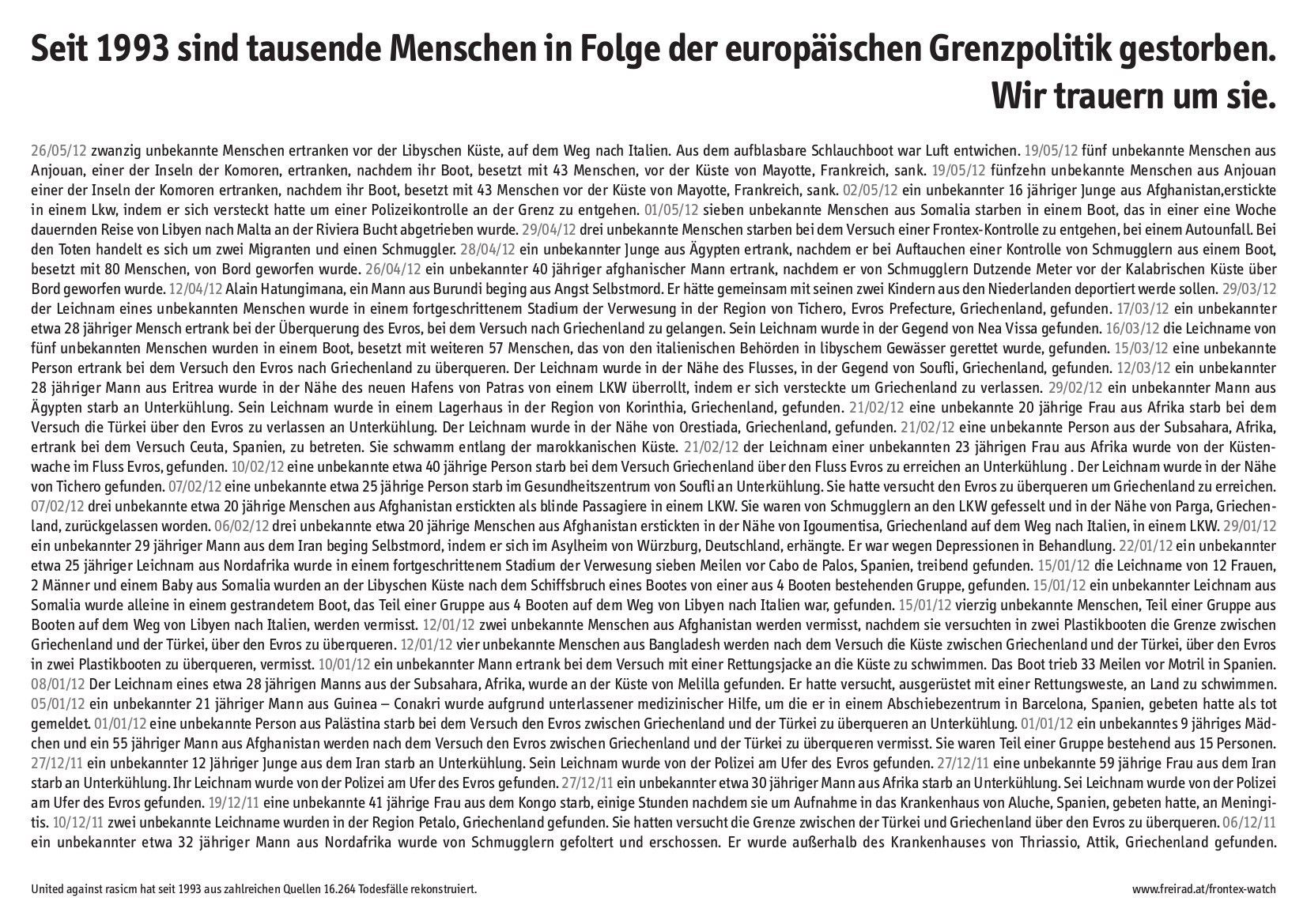